STATUS: OPEN
The Huntsville Police Department is asking help from the public in identifying a male suspect who has been breaking into apartments and watching the tenants sleep. The suspect is described as having a medium complexion, 5 foot 7 inches to 5 foot 10 inches tall with a tribal tattoo on his left arm from the elbow to his shoulder to chest area. The first break in occurred on April 9th at an apartment at an apartment complex in the 1600 block of Sycamore Avenue. The victim woke up a night with the suspect standing on a chair near the bed. The second burglary was on May 6th at a residence in the 500 block of Bowers Boulevard. The victim woke up finding the suspect in boxer shorts standing by the bed. The third burglary happened on May 11th when the victims were returning to their apartment in the 2100 block of Sycamore Avenue. The suspect walked out of their bedroom and lout the door. Police found  no signs of forced entry at any of the residences. 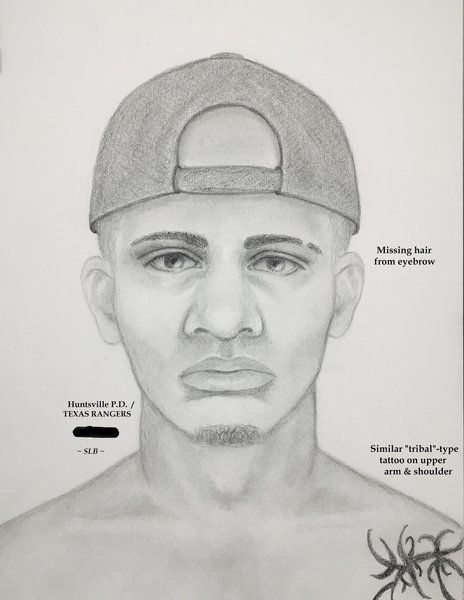 The Huntsville Police Department is seeking help in trying to identify the suspect(s) and locate a stolen truck from the 2500 block of Crosstimbers Drive in the early morning hours of 12-15-16. The truck is a 2003 Dodge white 2500 pickup with the license number of GSG1989.